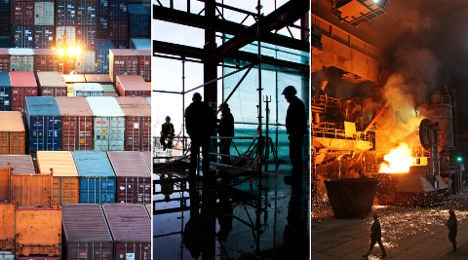 The heads of the four economic groups criticized government plans to allow certain groups to retire at 63 as sending out the “wrong signal”. They also claimed a nationwide minimum wage, due to be introduced next year, would damage employment prospects.

Their presidents meet with Merkel in Munich on Friday. Merkel's conservative bloc has traditionally opposed the introduction of the minimum wage, but agreed to it in order to form a coalition government with the centre-left Social Democratic Party (SPD).

The associations are demanding exceptions to the minimum wage particularly for young people.

The policy paper also raises fears that government pension reforms will increase the shortage of labor and put a strain on pension pots.

Under the reforms, workers who have paid into the social security system for 45 years will be able to retire at 63 on full benefits, down from 65.

President of the HWK, Hans-Peter Wollseifer, attacked the pension reforms as an “election present”.

"We need our workforce, even those over 60," he told the Passauer Neue Presse on Friday.