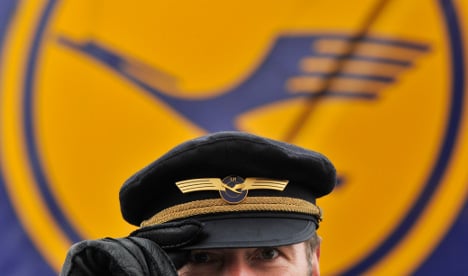 Lufthansa said in a statement its full-year net profit fell by 74.5 percent to €313 million.

But that was because "the previous year's result was largely boosted by non-recurring income from transferring operations at Austrian Airlines, while the result for 2013 was depressed by restructuring and project costs for the installation of the new Lufthansa business class seats," the airline explained.
Stripping out the one-off effects, underlying or operating profit jumped by 62.1 percent to €1.042 billion, while revenues slipped by 0.4 percent to €30.028 billion.
"We have strengthened the earnings power of the Lufthansa group again last year. This is driven by the earnings performance in the passenger business, where all airlines rose significantly," said chief executive Christoph Franz.
"This performance in our core business segment has prompted us to propose to the annual general meeting that a dividend of 0.45 euro per share be paid," Franz said.
Lufthansa last paid a dividend of 0.25 euro per share in 2011.