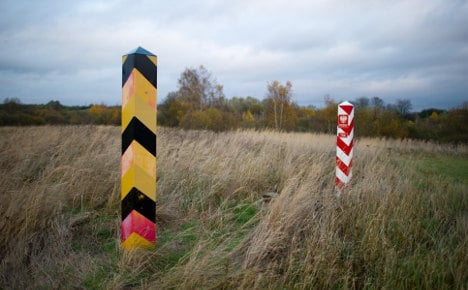 Poland joined the EU in 2004 and in 2007 controls at the border with Germany ended as it joined the Schengen zone.

But a rising crime rate in the border region meant Brandenburg would be reestablishing police checks, the state's interior minister said on Wednesday.

“Police will immediately be present at the border crossings with Poland and carry out checks,” Ralf Holzschuher said at a press conference in Postdam.

The interior ministry explained in a statement this was because Brandenburg’s border regions continued to suffer a higher than average crime rate.

In 2011 and 2012 crime had fallen but this trend has now been reversed, the ministry said.

Holzschuher said a rise in thefts was the main driving force behind the increase. Forty-four percent of all reported crimes were thefts, which was a 7.2 percent rise on 2012. There were also 651 car thefts.

And crimes in the Brandenburg border regions represent 11 percent of all offences in the entire state, with Frankfurt (Oder) particularly affected.

In 2012 only 212 suspects were arrested with Russian nationality, according to the interior ministry.

The ministry stressed the border controls did fit with EU laws and the Schengen Agreement under which border checks across Europe were scrapped.

German and Polish police would also step up their co-operation to tackle the rise in crime, the interior ministry said.