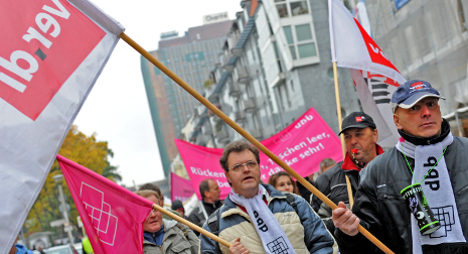 Verdi last held a strike at the hospital in 2011. Photo: DPA

Meike Jäger from union Verdi, who is leading the talks with the Charité hospital, said on Tuesday the union wanted a staff walkout.

That would lead to the closure of around 10 clinics and wards over the hospital’s three sites.

Jäger said the hospital could still avoid a strike by agreeing to improve staffing levels particularly among nurses.

Verdi wrote on its Facebook page on Tuesday morning that there was a lot of support for a strike.

It will hold a meeting among its members on Tuesday evening to discuss the plans further.