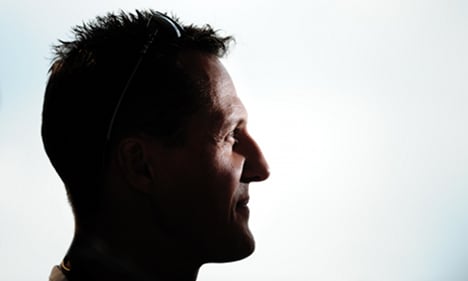 The statement from Sabine Kehm was the first since February 13th, when the Formula One legend's family said they continued to strongly believe that he would recover.

Kehm said: "Michael is still in the wake up phase.

"The situation has not changed. Any medical information published which is not confirmed by the team of doctors treating Michael or his management has to be considered as not valid."

Schumacher's condition has been the subject of much speculation by media around the world but few details have been released by the medical team looking after him in the University clinic in the French Alpine city of Grenoble.

Reports that he had contracted pneumonia but beaten the lung infection in the first half of February have not been confirmed or denied.

Two weeks ago, his friend and former teammate Felipe Massa was quoted as saying that Schumacher seemed to respond to him during a recent visit.

"He is sleeping, he looks normal and he showed a few responses with his mouth," Massa told German tabloid Bild.

"I was very happy to be able to spend some time with him," said Massa. "I spoke with him a lot, about how the team was doing, about the new car."

"I tried to give him the best possible energy," he said. "He is a very strong person and I really hope that he will again be able to enjoy life." Schumacher was put into an induced coma after a December 29th accident in which he hit his head on a rock while skiing at the resort of Meribel with his son and a group of friends.

Before being placed in the coma, he had surgery to reduce bleeding and bruising. His family announced on January 30th that the drugs used to keep him in a coma were being reduced with a view to bringing him back to consciousness.