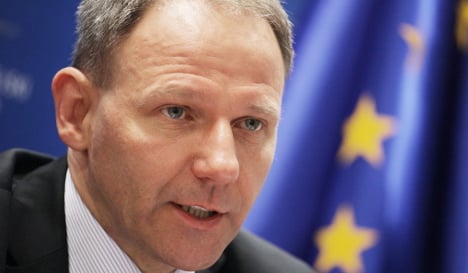 Jacek Protasiewicz, a Polish MEP claimed he had only drunk “two small bottles of wine" on Tuesday evening when he allegedly insulted the German officials.

Police confirmed on Thursday afternoon that charges would be pressed against the 46-year-old for making the offensive remarks, news agency DPA said.

He allegedly yelled “Heil Hitler” at a customs officer and told him he "should go to Auschwitz”. He also said “Nazi” and “Hitler” to them, the Bild newspaper reported on Wednesday.

Eye-witnesses told Bild the politician appeared “very drunk” and took a luggage trolley from another passenger. He then insulted the customs officials and was led away by police in handcuffs.

He was released after his details were taken.

Protasiewicz denies the allegations. He told Polish broadcaster TVN 24 the officials were aggressive towards him.

“The officer asked to see my bags but I told him that violated my diplomatic immunity,” he said. “As he handed me back my Polish passport he said ‘Raus!’ [Go].”

“I told him he should visit Auschwitz because there the Germans used the word ‘Raus’.”

“A person who is in such an important public and international position must be able to control their feelings and nerves,” Tusk said.