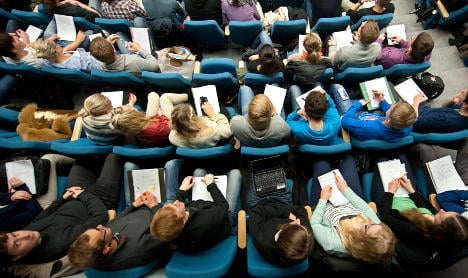 The government Commission for Research and Innovation (EFI) found that the best German-trained researchers, academics and scientists were leaving the country, Der Spiegel magazine reported on Monday.

“Germany is losing many of its best scientists through emigration,” the study said.

It added that although Germany did attract bright minds from other countries, the quality of scientists who came to Germany was of a lower standard than of those leaving.

“The German research system does not seem to be attractive enough for the best,” it said.

The research found that 4,000 more scientists left Germany between 1996 and 2011 than came into the country.

Other European countries such as Sweden, Austria, Switzerland and Belgium had a net gain rather than a loss.

More than half of the German scientists who leave head to Switzerland and the US.