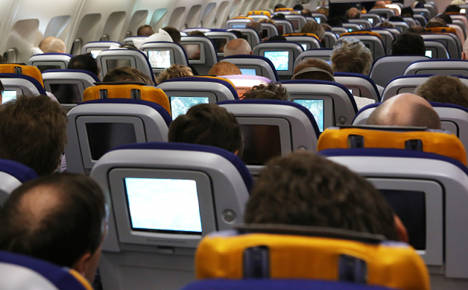 The European Aviation Safety Agency (EASA) agreed in November to allow the use of personal electronic devices such as tablets, smartphones, e-readers and mp3 players in all phases of flight.

Previously, personal electronic devices were not allowed to be used on aircraft during taxiing, take-off and landing.

Lufthansa has already allowed passengers to do so on its Boeing 747-8 jets since January. And "from March onwards, Lufthansa will allow these devices to be used on all Airbus aircraft," it said in a statement.

"The German Federal Aviation Authority (LBA) has now approved this," the statement added.

Lufthansa said it was also seeking LBA approval for other aircraft types as soon as possible.

Nevertheless, "out of consideration for other passengers, telephone calls will still not be allowed during the flight," the airline noted.

Mobile phones and mobile-enabled tablets can only be used when the "flight mode" or "airplane mode" is switched on, it added. That mode disables cellular service.