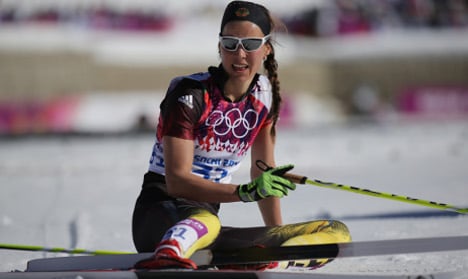 There were tears of joy in Böhler's eyes after the surprise result in Thursday's 10-kilometre cross country race.

"What more could I wish for? That was the best competition of my career," she said, hugging and kissing her teammates.

Few had expected the long-distance skier from Ibach in Baden-Württemberg to perform so well just two years after being diagnosed with thyroid cancer aged just 30.

The 32-year-old Böhler said she remembered in detail the day in April 2012 when she found out she had the illness, the Frankfurter Allgemeine Zeitung reported on Thursday.

She had been in surgery to remove lumps in her neck and, when she regained consciousness, doctors explained the growths were cancerous.

"Luckily it was discovered early, completely by chance," Böhler said.

A month later she ingested radioactive iodine to wipe out the remaining cancer cells and had to live in isolation in a sealed room for four days.

The therapy is especially effective on thyroid cancers because the body only stores iodine in the thyroid gland.

But after that came a six-month wait to see if the cancer had spread, during which time the skier was under extreme stress, not knowing when she might get the all-clear.

In fact the psychological trauma of her recovery lasted far longer than the physical impairments, Böhler said.

But the journey back to peak fitness and her athletic career was also a hard slog. At the start, trying to jog again felt like "each leg weighed 100 kilos," she said.

Her body also had to acclimatize to the drugs which replace thyroxin, a vital hormone produced in the thyroid glands.

After months of increasing her training step by step however, the prospect of rejoining the German team at Sochi became more realistic.

Although a third Winter Olympic appearance was back on the cards, Böhler was careful not to push herself too hard.

"I didn't put myself under pressure about the Olympics," she said.

‘Vancouver hung in front of me like a grey curtain’

Böhler competed in the German team at the 2006 Games in Turin, when they took home the silver medal in the team long-distance cross country competition and also at the 2010 Vancouver Games.

But Vancouver saw Böhler competing with a black cloud over her head. Then 28, she was suffering from unexplained tiredness and felt unusually exhausted after every training session.

"Vancouver hung in front of me like a grey curtain. When I was there I felt as if surrounded by a fog," she said.

These days Böhler believes her malaise at the 2010 Games was due to her illness beginning to develop.

"After that [training] I would often just fall asleep," she said.

And the confusing symptoms preyed on her mind as a poor performance at Vancouver and the world championships in Oslo the following year led trainers to suspect her problems were psychological.

"You brood on it and ask yourself what you did wrong," Böhler said.

‘Hard times behind her’

These days Böhler is back on top. With the help of her partner and her trainer, she has worked her way back to the point where she qualified to join the team for Sochi – even if it was a little late.

Böhler has felt under pressure to prove she is still a top-flight athlete after surviving such a destructive disease.

But after returning to Germany's Olympic team and finishing sixth out of 40 in Thursday's cross country classic event, her place in those upper echelons is hardly in doubt.

"But she has fought through them, one step at a time." But her 6th place result in the cross country classic was a return to form, beating among others Norway's Heidi Weng, who took bronze in the Skiathlon but managed only 9th in Thursday's 10-kilometre race.

And yet reaching the podium was less important to Böhler than the colossal achievement of returning to the Games after her ordeal.

"I'm just so thankful to be able to experience the Olympics," she said. 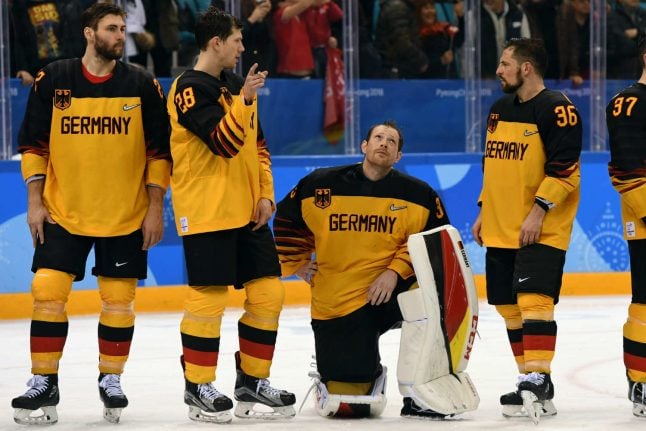 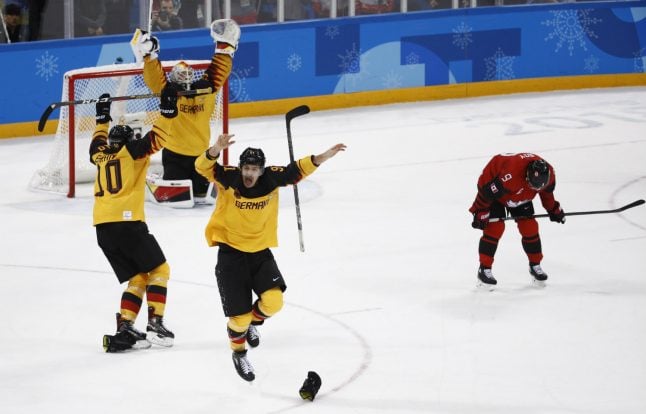