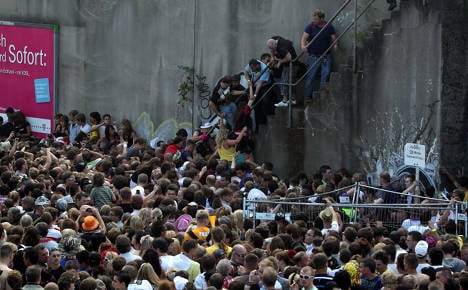 Those charged are four staff of the techno music festival organiser Lopavent and six members of the administration of the western city of Duisburg, said the city's chief prosecutor Horst Bien.

"An event where people wanted to party, dance, have fun turned into a terrible tragedy," Bien told a press conference. "Twenty-one people had to die, hundreds were injured.

"The victims, their relatives and the bereaved are still suffering today because of the traumatic events."

In the tragedy on July 24, 2010, a large crowd of revellers at one of Europe's top techno events was forced to go through a narrow tunnel that served as the only entrance and exit to the festival grounds in the industrial city.

Those killed – 13 women and eight men who were crushed, trampled to death or suffocated – included seven foreigners, from Australia, Italy, the Netherlands, China, Bosnia and Spain. More than 500 were injured.

Prosecutors blamed serious planning errors for the tragedy at the site, a former cargo rail depot in the industrial city.

"Arriving visitors had to pass through the tunnel and then move up a ramp at a right angle to access the property of the former cargo rail depot," said Bien.

The bottle neck was about an 18-metre (60-foot) wide access that was "clearly too narrow" for the 445,000 expected festival-goers, he said, adding that at one spot fences narrowed the gap to just over 10 metres.

The deaths resulted from the "enormous pressure of the crowd", Bien said, adding: "At least 652 more people were injured, some seriously."

He said the festival organisers and officials who approved it should have foreseen that "a system failure and a life-threatening situation were predestined because too many people were forced into too little space."

The state had initially probed 17 suspects, but one has since died and the investigations against the other six were dropped.

The 10 people who have been charged do not include the former mayor of Duisburg, Adolf Sauerland, and the head of Lopavent, Rainer Schaller, although both are set to testify as witnesses.

"There are no indications that they personally influenced the flawed planning or the granting of the unlawful permit," said the prosecution in a statement.

"They entrusted those responsible for planning and approval with using their expertise to properly examine the project."

Sauerland became a figure of hate after the disaster and was forced to step down as mayor by a 2012 city referendum, accused of having ignored warnings that the summer festival was a disaster waiting to happen.

Amid wrangling over permits and arguments over the mountains of trash left behind, the festival moved from Berlin to cities in western Germany's industrial Ruhr region until the tragedy of 2010.

The deadly disaster led organisers to declare that the Love Parade would never be held again "out of respect for the victims." 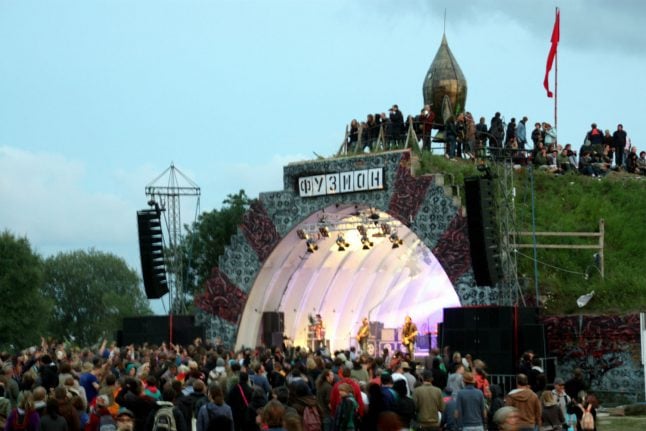 POLICE
Germany’s Fusion Festival may be cancelled due to police dispute
Url copied to clipboard!