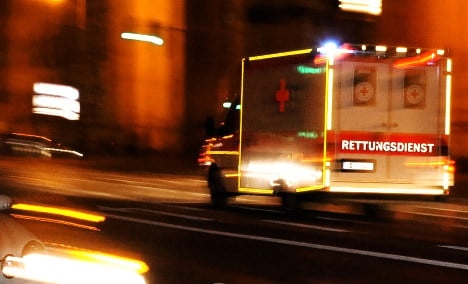 The mother and child were taken to hospital in Fulda. Photo: DPA

The child was sitting by himself in the Peugeot 307 after being collected by his mother, when he turned the ignition key and started driving outside the kindergarten in Fulda, Hesse, police said.

The woman was standing in front of the car with her two-year-old son when the accident happened on Thursday at 4.25pm.

She was driven into a hedge with her son and both were trapped underneath the vehicle, which was only stopped by a kerb. They were taken to Fulda hospital.

Meanwhile, the 36-year-old mother of the child behind the wheel, who had also been standing in front of the car chatting to the other parent, managed to jump out of the way.

She then reversed her vehicle to free the 32-year-old woman and the toddler.

Police described the injuries as serious but not life-threatening.