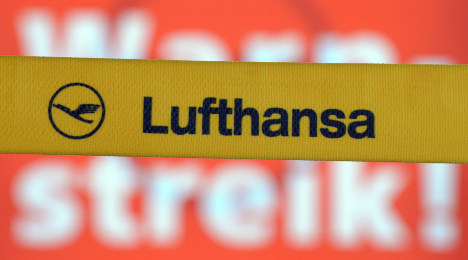 Flights will be affected by strikes on Wednesday. Photo: DPA

The airline had requested a court injunction against the one-hour walkout, Bild newspaper reported on Friday.

A company spokeswoman said the airline had sought the order from a Munich court to stop German air traffic controllers joining the Europe-wide strike being organized by their umbrella organization ATCEUC.

Lufthansa said the strike was “political” and “illegal”.

Air traffic controllers are protesting against plans from the European Commission to cut costs which they say will reduce safety in the skies.

Delays and cancellations are expected on Wednesday across Germany, if the strike goes ahead from 8am to 9am.

Alongside Lufthansa, the German air traffic control authority (DFS) is also seeking an injunction to stop the strike which will be decided by a court in Frankfurt on Monday.