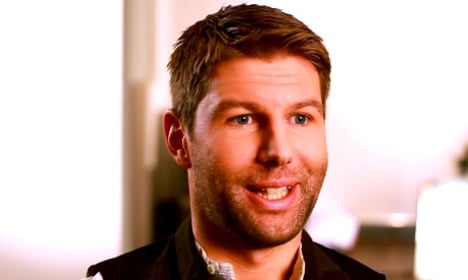 Thomas Hitzlsperger released a video on his website on Wednesday. Photo: DPA

Praise for Hitzlsperger flooded in within minutes of excerpts from a newspaper interview appearing online in which he revealed he was gay, making him the most prominent footballer to come out.

"I know that my family and my closest friends, to them it's not important that I talk about my experiences as a homosexual football player," the 31-year-old said in a video posted on his website Thursday.

"But it's probably more important for those people who discriminate (against) others because of their sexuality and those people now know they have a pronounced opponent," he said.

The retired 31-year-old midfielder, who has played for big-name clubs in both the Bundesliga and the English Premier League, said he decided to come out to shed light on the issue of homosexuality in sport, around which for many a strict shroud of secrecy remains.

"In England, Germany or Italy homosexuality is just not a serious issue, at least not in the changing room," Hitzlsperger told Die Zeit newspaper in Thursday's interview.

"It was not always easy to sit on a table with 20 young men and listen to jokes about gays," he added.

He also told the Guardian newspaper on Thursday that he thought about coming out while still playing for Wolfsburg in the  2011-12 season but was warned not to by people. "They all said 'don't do it, a big wave will crash on you'.

“But in the end I realized that nobody knows. There was no precedent, so everybody could only speculate on what would happen."

The Munich-born player was first signed to VfB Forstinning before moving on to FC Bayern München´s youth squad in 1998. His big break came when he moved to Aston Villa, making his first team debut in January 2001 against Liverpool.

His form in England earned Hitzlsperger the nickname "the hammer" because of his powerful left-footed strike.

First playing for the German national team in 2004, the midfielder received 52 caps over his six-year international career, which included the 2006 World Cup. After scoring his first two goals in September 2006 for his country, he went on to captain the German side twice.

After returning from Aston Villa to Germany to join VfB Stuttgart in 2005, Hitzlsperger played a key part in the side's surprise success in the 2006-07 season when they became Bundesliga champions.

He then moved to Lazio, Rome, for a short stint in early 2010, leaving for West Ham United that June. In 2011 Hitzlsperger returned to German team VfL Wolfsburg, before spending his final season at Everton.

In September last year, at the age of 31, he announced he was retiring from football due to a knee injury.

And he waited four months after retiring before deciding to kick-off a debate about homosexuals in sport by revealing his sexuality.

"It is only in recent years I have come to realize I preferred living with a man," he told Die Zeit, in what he said was a bid to blast open the taboo surrounding gay sportsmen and women. “I want to have a public debate about homosexuality [among professional sportsmen]."

Hitzlsperger was engaged to his childhood sweetheart and broke up with her after eight years, shortly before their planned wedding six years ago.

He told the Guardian he thought about Before Hitzlsperger's interview that debate in Germany has been muted.

In September last year goalkeeping legend Oliver Kahn warned gay footballers in Germany to keep their sexuality a secret, while in July the German Football Association (DFB) told gay players to come out – but quietly.

German striker Mario Gomez joined Chancellor Merkel in encouraging homosexual players not to be afraid to declare their sexuality, but his former teammate at Bayern Munich, German team captain Philipp Lahm, advised against it, warning they would be “exposed to abusive elements”.

The Magnus Hirschfeld foundation, which advocates diversity in football, warmly welcomed Hitzlsperger's move, saying he had given the clear and visible signal many had long been waiting to see.

"It's a sign that gay and lesbian sportsmen and women are active at all level of sport – also in professional sport," said Jörg Litwinschuh, head of the German foundation, which is currently running an anti-homophobia in football campaign.

"This will help to de-emotionalize the debate about football and homosexuality," wrote Litwinschuh in a statement on Wednesday. "It will now depend on the public reaction whether more players – also in other fields of sport – risk the step."

READ MORE: Hitzlsperger: 'Why I decided to come out' 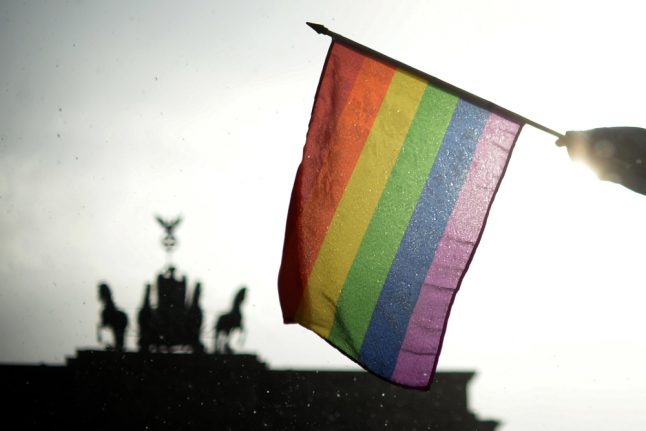