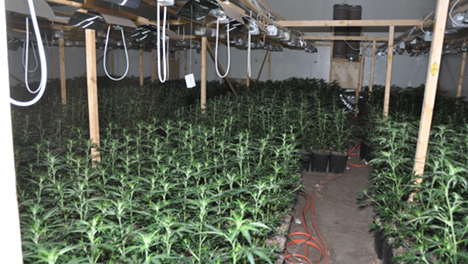 Since 2011, police have uncovered around 50 cannabis farms in empty buildings across the north-eastern state of Mecklenburg Western-Pomerania. Before this they would find only a couple each year.

Dutch authorities have been coming down hard on cannabis growers since 2011, according to Mecklenburg Western-Pomerania's office for criminal investigation (LKA), which published the figures.

This has seen an increase in production in Germany. The large stretches of uninhabited land in Mecklenburg have proved perfect for producers who can tend to thousands of plants in peace – harvesting four to six times per year and making millions or euros.

And the LKA's figures only include cannabis farms they have found, meaning there are likely to be dozens more out there.