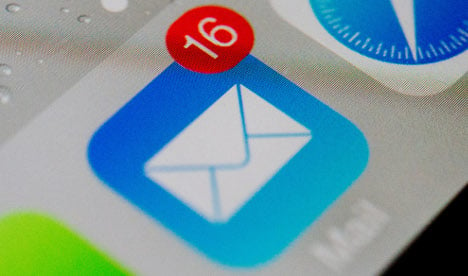 Fewer emails are being checked by the German secret services. Photo: DPA

According to a report from the parliamentary committee which oversees the secret services that number was down from 2.9 million in 2011 and 37 million in 2010 – a fall of 97 percent.

The decrease was due to improved search techniques, Bild newspaper reported on Thursday. Security services have got better at targeting keywords in messages which then raise their suspicions.

Texts, emails and calls about the illegal smuggling of refugees were the most common reason for attracting the attention of German security services.