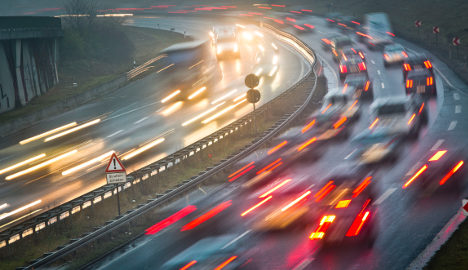 The new car, belonging to a 51-year-old woman, was parked on a slope about 200 metres away from the A4 Autobahn on Tuesday evening.

But the woman did not leave the car in gear and kept the handbrake down when she left it in a car park in Bucha in the state of Thuringia.

It then rolled 200 metres down a slope and came to a stop on the motorway, a spokesman for highway patrol said on Wednesday.

Despite it being dark other vehicles on the motorway managed to avoid it. The car did, however, cause €20,000 worth of damage to property.

READ MORE: Five do's and don'ts on the German Autobahn