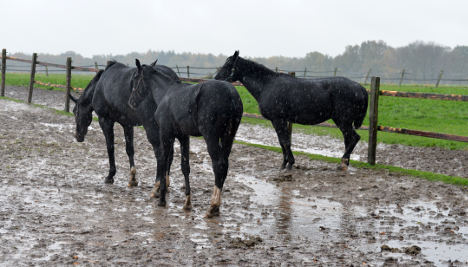 The crash happened after 12 horses broke out of their paddock and headed down an A-road outside of Saxony's capital, Dresden.

A car and two trucks crashed into the back of the herd in the dark. A man aged 24 and a woman aged 39 were taken to hospital with serious injuries, regional police said on Wednesday.

Nine of the 12 horses died as a result of the collision, and a police spokesman said the accident site resembled a battlefield. “Something like this is a shock,” he said.

The horses had escaped from their field and had just been rounded up when they bolted into the road and into the car, police said.