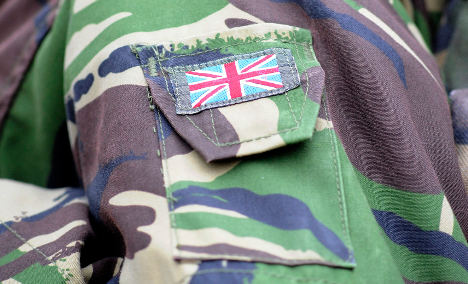 The 19-year-old from Eccles was arrested on Monday, Greater Manchester Police said in a statement.

He was arrested on Monday by Royal Military Police in Paderborn, North Rhine-Westphalia, where he was serving, on suspicion of illegally possessing explosives, firearms and ammunition, the Manchester Evening News reported.

The newspaper added that extreme right wing leaflets were discovered in a house in Eccles in Greater Manchester during a police raid on Thursday November 28th.

On Monday the soldier was flown back from Germany to Manchester and handed over to police there who are leading the investigation.

A Greater Manchester Police spokesman said: “Shortly before 1.30pm on Thursday November 28th a warrant was executed at an address on Mellor Street in Patricroft.

"A 20-year-old man was arrested on suspicion of possession of abusive images and was bailed pending further enquiries.

"During a search of the property on Mellor Street, a suspicious device was found. A cordon was put in place and a number of residents were evacuated as a precautionary measure. Specialist officers assessed the device and were later able to confirm it was no longer a threat to the community.”

The 19-year-old arrested on Monday has been bailed until January.

A spokesman for the British Army in Germany told The Local: “It is in the hands of Greater Manchester Police. We will be helping in their investigation.”

Troops stationed at Paderborn include 1st Battalion The Princes of Wales Royal Regiment, 5th Battalion the Rifles and the 35 Engineer Regiment. There are around 9,000 British troops in the area.