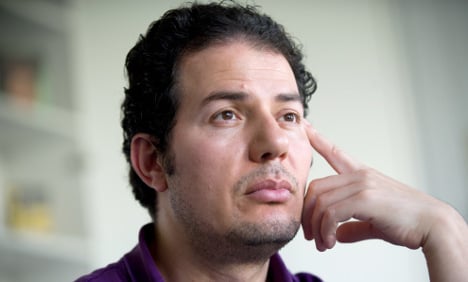 Hamed Abdel-Samad's brother told Egyptian news site youm7 he feared the writer had been kidnapped after he disappeared from near the Al-Azhar park in Cairo on Sunday afternoon.

The German Foreign Ministry has set up a crisis team to try to find Abdel-Samed, who writes for politics magazine Cicero and wrote a book in 2009 about Islam called Mein Abschied vom Himmel (My Farewell from Heaven).

Ministry spokesman Martin Schäfer said the German embassy in Cairo had no confirmation that Abdel-Samad had been kidnapped, but did confirm he had spoken with embassy starff about his personal safety while in Egypt.

Abdel-Samad moved to Germany 23 years ago to study politics in Augsburg and later took German citizenship. He and well-known journalist Henryk M. Broder won a television prize last year for a series in which they undertook a road trip around Germany in 2010, the Welt newspaper reported.

Abdel-Samad went to Egypt during the Arab Spring uprising in 2011 and in June this year criticized the Muslim Brotherhood which came to power after the revolution, prompting death threats.

Cicero magazine said in a statement on its website it was worried about his safety and called on the German government to help secure his release should the kidnapping reports be confirmed.