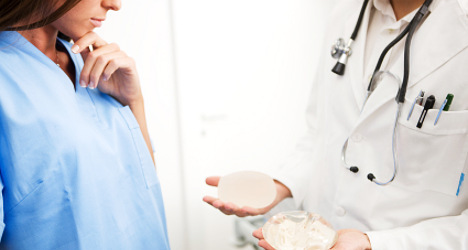 TUV "neglected its duties" according to the court. Photo: Webhotographeer/Flickr

The court in the southern city of Toulon ruled that TUV Rheinland had "neglected its duties of checking and vigilance" after having certified that implants made by French firm Poly Implant Prothese (PIP) conformed to safety rules — even though they were subsequently found to contain substandard, industrial-grade silicone gel.

The scandal first emerged in 2010 after doctors noticed abnormally high rupture rates in PIP implants and gathered steam worldwide in 2011, with some 300,000 women in 65 countries believed to have received the faulty implants.

Six distributors of the implants from Bulgaria, Brazil, Italy, Syria, Mexico and Romania sued TUV for a total of €28 million ($38 million).

Nearly 1,700 women who were fitted with the implants — most of them from South America but also from France and Britain — also asked the German firm for €16,000 each, taking the total claims against TUV to €53 million.

The court ordered the German firm to compensate "the damage (done to) importers and victims", telling TUV to give them €3,000 each while waiting for individual medical or financial assessments to be conducted on each plaintiff.

Only when these assessments are finished will TUV know the exact sum to be paid out.

More than 16,000 women have had the implants removed since the scandal came to light, but health officials in various countries estimate they are not toxic and are not thought to increase the risk of breast cancer.

Civil proceedings against TUV took place in March, and came on top of a high-profile criminal court case in April and May in the nearby city of Marseille against PIP founder Jean-Claude Mas and four other executives. All five are charged with aggravated fraud and a ruling on that case is expected in mid-December.

In the TUV case, lawyers for the distributors and victims had condemned the German firm for not ever having checked the implants despite all the means at their disposal, such as unannounced inspections or sample testing.

But lawyers for TUV retorted that it was never the German firm's job to check the actual implants, and their task was only to inspect the manufacturing process.

Cecile Derycke, who was defending TUV, said the company was "shocked by the judgement" and had decided to appeal. "TUV had strictly conformed to the regulations in force," she said.

The case prompted the European Commission to set out new rules in September saying inspection bodies will now have to randomly carry out unannounced factory audits and check for the substitution or adulteration of raw materials. Mas, a former life-insurance salesman, founded PIP in 1991 to take advantage of the boom in cosmetic implants and built the company into the third-largest global supplier.

But he came under the spotlight when plastic surgeons began reporting an unusual number of ruptures in his products, and health authorities later discovered he was saving millions by using the industrial-grade gel in 75 percent of the implants.

PIP — which has since been liquidated — had exported more than 80 percent of its implants, with about half going to Latin America, about a third to other countries in western Europe, about 10 percent to eastern Europe and the rest to the Middle East and Asia.