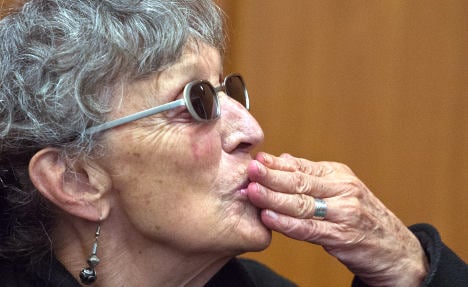 Sonja Suder blows a kiss to her supports in the Frankfurt court. Photo: DPA

But while Sonja Suder, a suspected former member of the Revolutionary Cells group, was cleared of murder, she was found guilty of having aided in three non-deadly explosives and arson attacks in Germany in the late 1970s.

The octogenarian was sentenced to three-and-a-half years' prison on those charges, but walked free because of the time she had already served in pre-trial custody.

After showing no reaction to the verdict inside the courtroom, where she wore sunglasses, Suder was greeted by about 100 supporters outside the court in Frankfurt, a former bastion of leftwing radicalism.

Suder had been accused of supplying weapons and explosives to a commandoled by Ilich Ramirez Sanchez, better known as Carlos the Jackal, in the attack on the Organization of Petroleum Exporting Countries (OPEC).

The militants took all 11 OPEC oil ministers hostage and then fled by planeto Algeria.

Three people were killed in the audacious attack, including a policeofficer and members of the Iraqi and Libyan OPEC delegations.

Suder and her partner had been living in France since the late 1970s,working as flea market dealers under assumed names. They were extradited to
Germany in 2011.

Convicted militant Hans-Joachim Klein had accused Suder of recruiting himto take part in the bloody Vienna siege, testifying under a plea bargain that gave him a relatively lenient nine-year sentence.

But during Suder's trial, which started in September 2012, prosecutors had conceded that aside from Klein's testimony there was no firm evidence linking Suder to the OPEC attack. 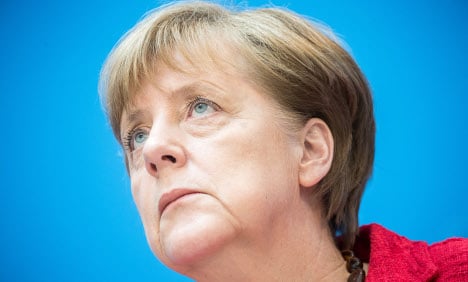 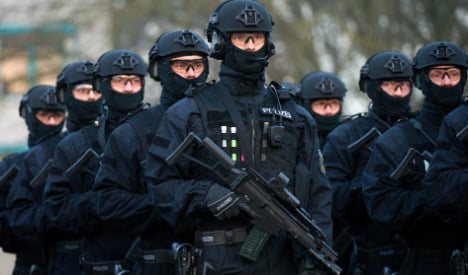