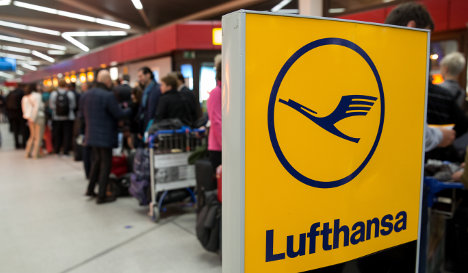 Flights between Frankfurt and Khartoum will end on January 19th, says a letter to clients dated October 22nd and signed by Hartmut Volz, the airline's Sudan general manager.

"Lufthansa offers its customers an extensive worldwide network and regularly monitors its profitability," it says.

"In this context it was decided to suspend services from Frankfurt to Khartoum."

The move comes after 51 years of service to Sudan, an industry source told AFP.

"The station is not doing well," said the source, asking for anonymity and adding that 12 staff will lose their jobs.

The Sudanese capital is still served by Turkish Airlines as well as by some African and Middle Eastern carriers.

"We have stopped our flights for the moment," a booking agent said by telephone on Sunday.

The airline's website said it flew to the South Sudanese capital Juba, to Cairo, and to three destinations in Sudan's Darfur region.

Sudan has been plagued by inflation, a shortage of hard currency, and a weakening Sudanese pound since South Sudan separated in 2011, taking with it most of Sudan's oil production.

Inflation surged to 40 percent in October, up from 29 percent in September and marking the biggest jump this year, the Central Bureau of Statistics said.