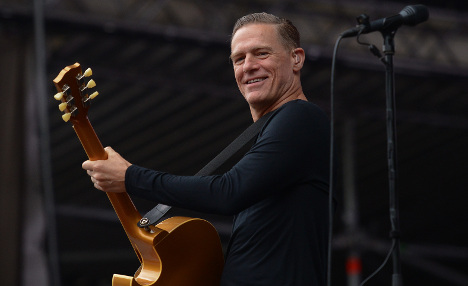 The hall in the Oberschöneweide area of the city will be turned into a "Living and Cultural Centre" for Adams and his artist friends, the Tagesspiegel newspaper said.

Purchase of the classic red brick hall has been under negotiation since the summer, after initial talks between Adams' representatives, the building's owners and district officials, the paper said.

Adams follows in the footsteps of famous Chinese artist Ai Weiwei who considered buying up four of the factory halls in 2011 before he was put under house arrest by the Chinese government.

"We are pleased that this has now worked," said district councillor Rainer Hölmer. "The move of Bryan Adams could provide the impulse that Schöneweide needs."

The industrial area is not only largely derelict, but legally protected, the paper said. This limits its use to cultural and artistic endeavours.

"When Bryan Adams moves in and brings others with him, architects, creative people, it will give the entire art scene a boost," said Thomas Niemeyer, from the regional management of Schöneweide.