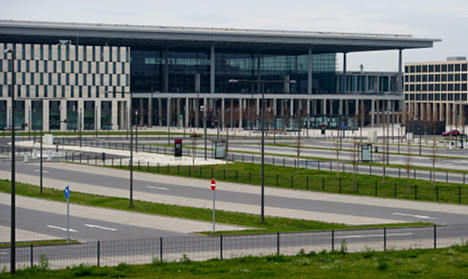 Will it ever open? Photo: DPA

A confidential report from the company leading the enormous project, WSP/CBP, showed that the project which started out as a prestige endeavour, yet rapidly turned into a farce, could only be finished with a cash injection of €1.1 billion.

Bild newspaper said it had seen the report listing key areas in need of a financial boost as being the building and planning section of the project, as well as sound insulation. Construction costs of the still-unfinished international hub have been climbing steadily since it began in 2006.

Managers received an extra €1.2 billion just a year ago, to continue construction. This pushed the cost up to €4.6 billion. The new demand for €1.1 billion would shove this total to €5.7 billion.

It is thought that the airport should finally open towards the end of 2014, or beginning of 2015, years behind schedule.