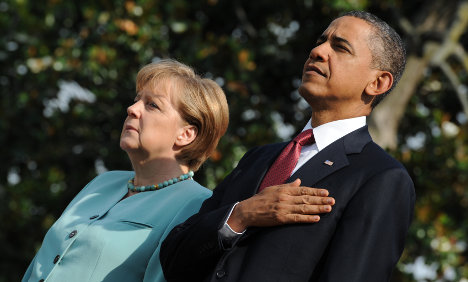 Following a meeting in the White House on Wednesday with German officials, US National Security Advisor Susan Rice said talks would continue over the next few days and weeks.

But both sides stayed quiet over the outcome of the discussions and whether or not a “No Spying” treaty between the US and Germany was on the table.

Rice said the meeting was constructive and added that the countries wanted to “strengthen our cooperation”.

“Vitally important that we are staying focused on working together to protect our homelands and address global threats we face,” she wrote on Twitter.

But whether or not the Germans got answers as to what extent Merkel’s mobile phone was being tapped, allegedly from the US embassy in Berlin was unclear.

Merkel's spokesman Steffen Seibert told reporters the talks were aimed at clarifying the allegations and working out "a new basis of trust and new regulation for our cooperation in this area."

"We are in a process of intensive contacts with US partners both at the intelligence as well as the political level," he said.

German spy chiefs Hans-Georg Maaßen and Gerhard Schindler are also expected to visit Washington over the next few weeks.

READ MORE: US and Germany look to rebuild trust