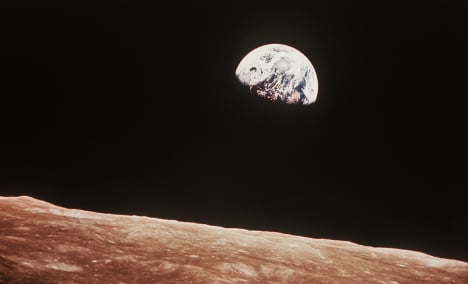 Photo: DPA. The Germans believe the new solar system is similar to our own.

The astrophysicists at the German Aerospace Centre (DLR) said on Monday they had discovered “the most extensive planetary system to date.”

They have found seven planets circling a star called KOI-351 – more than in other known planetary systems.

A statement on the DLR’s website said the planets were arranged in a similar fashion to our solar system with smaller rocky planets near the star and giant gas planets further away.

The statement said: “Although the planetary system around KOI-351 is packed together more tightly, it provides an interesting comparison to our cosmic home.”

They believe the discovery is a “major step” towards the search for a star system similar to our own. Led by Juan Cabrera, an astrophysicist at the DLR Institute of Planetary Research in Berlin-Adlershof, the team said that three of the seven planets have orbit periods of 331, 211 and 60 days, similar to those of Earth, Venus and Mercury.

The other planets discovered by Cabrera are even closer to the star and have orbital periods of seven, nine, 92 and 125 days.

In an article published in the Astrophysical Journal, Cabrera and his colleagues emphasized the similarities between KOI-351 and our solar system.

"No other planetary system shows such a similar 'architecture' to that of our cosmic home as does the planetary system around KOI-351," Cabrera said. "Just as in the solar system, rocky planets with roughly the size of Earth are found close to the star, while, 'gas giants' similar to Jupiter and Saturn are found as you move away from the star."

"We cannot stress just how important this discovery is. It is a big step in the search for a 'twin' to the Solar System, and thus also in finding a second Earth," he added.

Heike Rauer, head of the extrasolar planets and atmospheres working group at the DLR, said: "The discovery of this complex planetary system helps us to better understand the processes that give rise to such planetary systems."

Tilman Spohn, head of the DLR Institute of Planetary Research, added: "DLR is proud to have made a significant contribution to the discovery of new planetary systems."

READ MORE: German scientist calls for space to be cleaned up