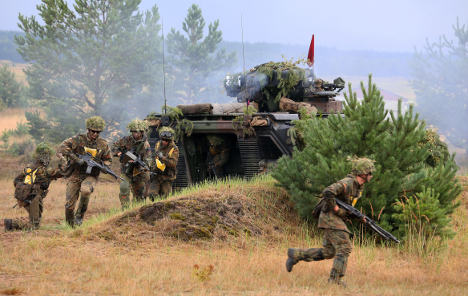 Around ten percent of the complaints from the country's armed forces in the last year were about benefit payments to soldiers' relatives and ex-soldiers, the Süddeutsche Zeitung reported on Tuesday.

Soldiers' families are eligible for medical benefits whereby they pay for any medical treatments they need, and have part of the price refunded by the state afterwards.

But the relatives of servicemen and women have been lumbered with unpaid medical bills as the restructuring of the benefit system has caused long delays in reimbursements.

The defence ministry said it was trying hard to fix the problem, but still has not managed to solve the delays, the Süddeutsche Zeitung reported.

Parliamentary ombudsman to the armed forces Hellmut Königshaus told the Süddeutsche that soldiers were also anxious about ongoing reforms to the forces and how they will be affected.

"No-one knows how things will go for them," Königshaus said. "Everyone has worries, but no-one knows specifically what to complain about," he said.

Königshaus, from the Liberal Party (FDP), said the rising numbers of complaints shows the office of Parliamentary ombudsman was becoming more relevant.

And he called for the forces to be more attractive to young people if they were to compete with other employers. "Imagine a mother being sent on a foreign deployment," he said. "We should at least be offering childcare. And it has to go above and beyond what's offered elsewhere.”

The forces need to act to ensure "the right people, the good people" join up, he said.

Königshaus, 63, also suggested a younger politician should take his place when he leaves.

"It would be good for the troops," he said. "Many would find a younger man easier to understand and relate to," he said.