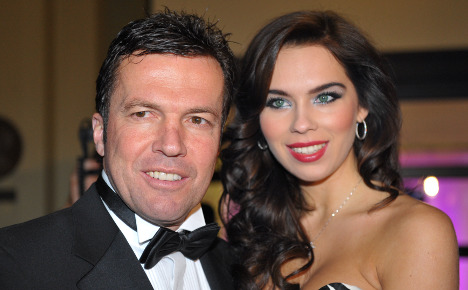 Veteran footballer Lothar Matthäus – who has played a record 150 times for his country and won the World Cup in 1990 – was erroneously listed as dead, possibly by his local post office, wrote the Bild newspaper on Wednesday.

An official stamp was used to print the word “dead” onto a letter sent by Munich’s family court to the footballer, outlining the details of a financial claim by his fourth ex-wife.

But instead of reaching the celebrated footballer, the letter was returned to the court with the stamp on it saying he was dead. It was unclear who had stamped it, the paper said.

“It is an unbelievable cheek,” Matthäus told the Bild newspaper. “You can find me anywhere. Everyone can see I’m still alive – on the television on the football field, anywhere. If someone wants to send me something it is very easy. I moved to Budapest nine years ago.”

Authorities could not explain the mistake, but Bild suggested the error might have arisen because Matthäus is no longer registered in Germany.

Matthäus, 52, who has played in a record five World Cups, said he and his last wife, a Ukrainian model half his age still had open claims against one another, the Bild reported. “The lawyers will have to sort it out,” he said.

The family court had been trying in vain to contact him for weeks. But according to Bild the letter was delivered to Matthäus on Tuesday evening at a charity football match in Magdeburg.