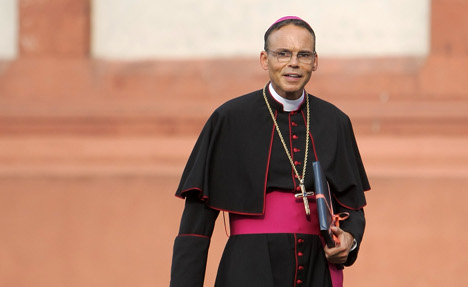 The spending on the diocesan centre and Episcopal residence by Bishop of Limburg, Franz-Peter Tebartz-van Elst, has been criticized by his own financial council, who claim they were not told about the outgoings.

In June, Der Spiegel news magazine reported the costs of the residence in the west German town had soared to €15m and described the project as a “monstrous luxury complex.”

The bill was originally estimated at €3m, newspaper the Frankfurter Allgemeine Zeitung reported on Tuesday, but on Monday the diocese financial council revealed it would cost €31 million.

Building his private home alone will cost €3m and the furnishings €380,000. His lavish spending has come at the same time as a cost-cutting programme across the diocese sees churches merge.

The three members of the council said the Catholic Bishop had not been open with them.

They said: “Our members on the financial council did not know about the costs until the end. He refused to go into details.”

They guessed that what had been spent by the bishop so far was not in the diocese budget for 2012 and 2013 and not accounted for in other projects.

The 53-year-old has long been criticized for his spending. Earlier this year priests and Catholics in his diocese accused him of personal extravagance and a lack of accountability. But he was cleared of any wrongdoing by the Vatican.