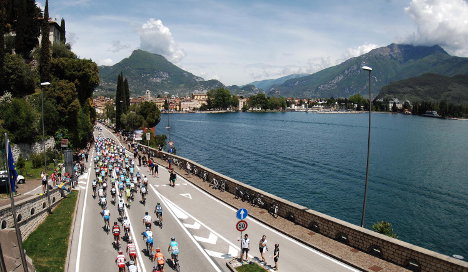 Led by Bayreuth University’s Christian Laforsch and Reihard Nießner from Munich’s Technical University, the study found significantly more plastic particles than expected on the shores of the fresh-water lake near Verona.

Researchers had previously thought that there were low levels of pollution in the lake, because of its proximity to the Alps. The streams running down from the mountains provide it with lots of fresh water.

But fish, worms and invertebrates have been mistaking small shards of plastic – measuring around five millimetres across – for food, adding to the risk of poisonous materials entering the human food chain, the report released on Monday evening warned.

Traces of fluorescent plastic were also found in worms, snails, mussels, small crustaceans and water fleas from the lake.

Water fleas are a key food source for fish, meaning traces of harmful synthetics such as polystyrene and polyethylene can find their way into the fresh fish served at local restaurants, the report added.

“These results should be understood as a general wake-up call”, said Laforsch. “Plastic waste is by no means a danger confined to far-off bits of ocean” he warned. “Environmental science and politics should have a stronger focus on these issues.”

The researchers believe fresh-water ecosystems near urban and industrial areas are worst affected by pollution from these materials, some of which take many years to degrade naturally.

They made recommendations against dumping waste in the ocean and using landfill sites near rivers.