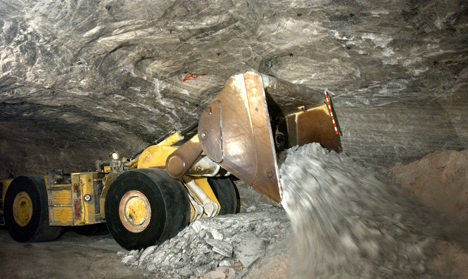 A controlled explosion at the potash mine in Unterbreizbach, Thuringia, released high levels of carbon dioxide at around 1.10pm. Seven miners were initially missing and four have been rescued.

But K+S who operate the mine confirmed three miners aged 24, 50 and 56 have died. It is believed they suffocated after the explosion released a deadly level of carbon dioxide.

The mine rescue team arrived at the scene shortly after the explosion at 1.10pm to begin work to get them out. The rescued miners were trapped 700 metres below ground, the Bild reported.

Explosives are used to free potash salts from the earth, and it is thought that doing so released a carbon dioxide leak so big that it trapped the seven people.

“Having a carbon dioxide leak is an everyday occurrence,” said spokesman

Ulrich Goebel for mine operator K+S Potash, the world’s biggest salt maker. “But it is highly unusual to have such a large quantity seep out so that the gas penetrates the mine shaft and escapes above ground.”

Two mines and an above-ground work area were “protectively evacuated”, the company said in a statement.