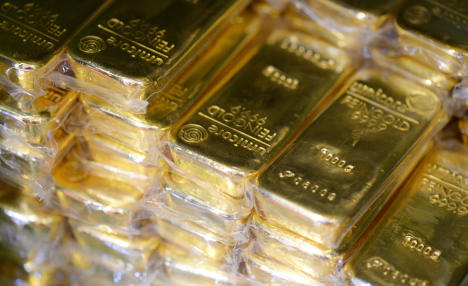 The station locker was opened in April, after the lease expired, but police have been unable to link the fortune to a crime. They released a few select details to the public on Friday, urging the owner to come forward.

The vagueness of public details about the find gives police a way to identify the real owner, Cologne Chief Prosecutor Ulrich Bremer told The Local. “We kept it short so as not to give claimants too much information”, he said.

To claim the loot, you need to know “the exact sum of money, how many gold bars there were, and what sort of imprints the bars had on them”, said Bremer.

The authorities also released no pictures of the gold, to make sure only someone with extensive previous knowledge of the fortune could collect it.

Previous attempts to find the owner had failed, said Bremer, but police are hopeful that the rightful owner will get in touch.

If the owner is not found, the gold will be auctioned off and the proceeds sent to the public purse.

“It’s possible that the items are the product of a crime, and that’s why no-one has come forward, but we will have to wait and see”, he said.