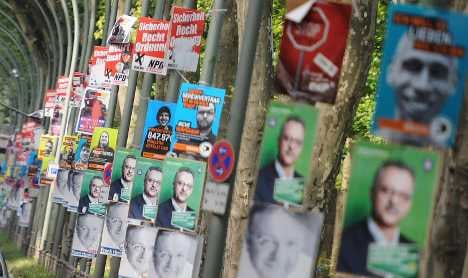 Despite parties in parliament getting state funding, am election campaign does not come cheap and parties have sought money from the private donors.

Chancellor Merkel’s Christian Democrats have spent €20 million on their campaign to stay in power. And their junior coalition partner, the Free Democrats (FDP), have upped their spending to €4 million, newspaper the Handelsblatt reported.

Both the Greens and the Left Party, Die Linke have invested €5. 5 million in the hope of making it into the next government.

But it is the Social Democrats who come top of the spending list, having invested €23 million in the attempt to make their candidate Peer Steinbrück Germany’s next chancellor.

All that money has to come from somewhere – and some of it is from big business.

During the months of July and August, the Association of Chemical Industries (VCI) donated €100,000 to the Christian Democrats and €64,000 to the Free Democrats.

Among the companies represented by the group are pharmaceutical giants Bayer, BASF and Evonik.

The group also reportedly donated €50,000 and €10,000 to the Social Democrats and Greens respectively, the newspaper said.

Both the CDU and the SPD received €100,000 from car giant Daimler, which also gave €40,000 to the CSU, Free Democrats and Greens. The Left Party however got nothing.

A spokeswoman for Daimler, quoted by Handelsblatt, said: “The purpose of the donation is to support the parties in carrying out the will of the people.”

Carmarker BMW opted not to give cash donations. Instead, it is giving all the parties represented in the Bundestag free use of their cars. The company maintains the value of the donation depends on “market conditions for rentals,” and also the counter-effect of advertising.

Retail giant Tengelmann was not so impartial. It took out a whole-page advertisement in Handelsblatt on Friday, urging people to vote for Merkel’s Christian Democrats.

Companies are obliged to make public donations of €50,000 or more.