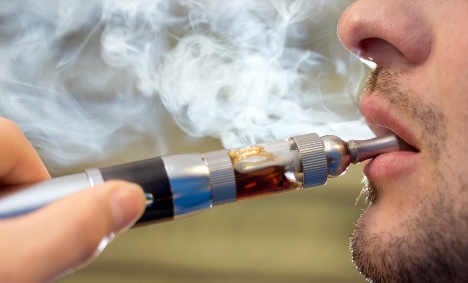 Münster’s administrative court decided that unlike nicotine plasters, E-cigarettes would not be treated as a pharmaceutical product designed to help smokers quit. As such, they will not be included in laws limiting the sale of over-the-counter medication.

But this ruling could still be overruled, as the EU parliament is yet to agree on a planned overarching law concerning E-cigarettes. In July, health ministers announced that they would consider putting them in an anti-smoking bill.

The Münster court’s decision overrides three prior court cases objecting to the uncontrolled sale of E-cigarettes. One was from the state of North Rhine-Westphalia, and another from the city of Wuppertal.

In April 2012, Münster’s administrative court decided that the sale of E-cigarettes would not be restricted. But in a trial at Dusseldorf’s administrative tribunal in October last year this verdict was reversed.

E-cigarettes have divided opinion in Germany since their popularity boomed in 2011. According to the Suddeutsche Zeitung newspaper, an estimated two million Germans now use E-cigarettes.