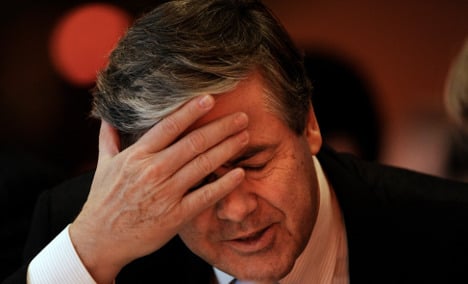 Pierre Wauthier, Zurich’s CFO, was found dead at his home on Monday, along with a letter referring to the relationship between the two men. The company is now launching an investigation into whether he had been under undue pressure.

Ackermann had been the imported big beast of German banking, coming from his native Switzerland to head Deutsche Bank as CEO for a decade before leaving last year for Zurich as president of the board of directors.

He said he had stepped down from his Zurich position because he thought Wauthier’s family was “of the opinion that I should take my share of responsibility, as unfounded as any allegations might be.”

Acting chairman of the insurer Tom de Swaan told a conference call with reporters and analysts on Friday: “We were informed that such a letter exists and we are aware of its content.”

He confirmed that the letter “related to the relationship between Pierre Wauthier and Joe Ackermann,” but added, “It would be inappropriate for me to further elaborate on this.”

Ackermann, 65, said he was resigning “to avoid any damage to Zurich’s reputation.”

De Swaan emphasized that Ackermann’s decision to step down was a personal one.

He said he was unaware of any inappropriate behaviour in the board room but the company would to look to see if Wauthier faced pressure elsewhere.

“The recent developments have been extremely unsettling and our focus is on ensuring the continued stability of the company,” he said.