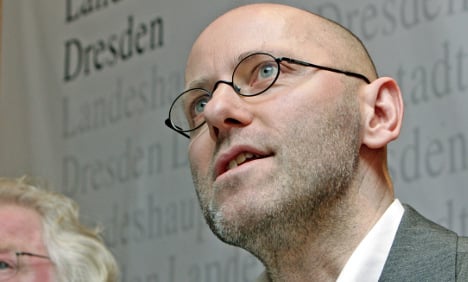 Henry Ripke’s Berlin architecture firm had been going for four years when it won the international competition to build what was to become Germany’s most controversial bridge – the Dresden Waldschlößchenbrücke.

Then aged 36, it was a triumph for a the young architect to win the huge project. “We had tried before but had never won an international competition. It was a big step” he told The Local on Friday.

Ripke expected to see his bridge span the Elbe river valley within a decade, and recalled laughing when a more experienced architect told him it would take longer.

“In the first few years we were very busy. It was special to work in this part of architecture,” he said.

Hurdles cropped up – and were cleared. The city council granted planning permission and a public referendum in Dresden came out in favour of building the bridge.

But serious problems emerged in 2006 when Unesco complained – and city authorities stopped the project. The UN heritage body had awarded the Elbe River valley and Dresden city World Heritage Site status in 2004 and was now threatening to strip it of the honour.

Ripke contends it came as a complete shock. “Unesco knew about our bridge,” he said. “I was very sad because I didn’t imagine that Unesco would say that. They knew about the design and we discussed it with them.”

The 52-year-old told The Local that Unesco’s chief complaint was not the design of the 636-metre bridge, but the fact it was being built in a sensitive river valley and World Heritage Site. “It was too much bridge [for them] in this area,” he said.

Saxony’s high court ruled in 2007 that construction should continue, and the city pressed ahead with the project.

The bridge was grabbing national and international headlines for the wrong reasons, with the vice president of the Germany’s parliament Wolfgang Thierse describing the court’s ruling as “a sad day for Germany”.

And construction stopped again for several months that summer while legal arguments bounced between courts about endangered lesser horseshoe bats which were living in the area.

Unesco argued that the bridge ruined the view of Dresden’s baroque palaces and in 2009 it carried out its threat to remove the World Heritage status.

“Opinion was split,” Ripke said. “If you don’t want a bridge, even the best bridge in the world is ugly for you.”

Ripke insisted he had no regrets over the project which he said was designed to try to fit in with Dresden’s architectural history. The low arches were meant to reflect the lower arches of the city’s older bridges, while Ripke said he also took inspiration from Dresden’s famous Blaues Wunder bridge, the Blue Wonder.

He also hopes in the long term it will benefit Dresden. “We wanted to solve the problem of crossing the river,” he said. “This bridge links people. With all the fuss it can also become a tourist attraction. You get good views from there.”

The Waldschlößchenbrücke has been with Ripke for 17 of his 20-year career. He said that watching crowds on Saturday jubilantly cross the bridge was “incredible”.

“I was relieved that the project had finally ended but also sad because it was the end of a very important part of my life,” he said. “It was quite a milestone.”

Be it a milestone, or a millstone, the publicity surrounding the bridge has not damaged his career. His firm Kolb Ripke has continued to build bridges across Germany.

And does Ripke feel Unesco should reconsider the decision to strip the area of its world heritage status? “Yes they should have another look,” he said.