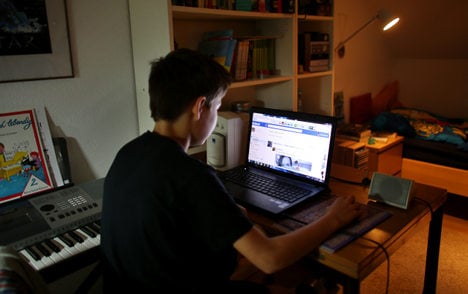 Social scientists from the universities of Münster in North Rhine-Westphalia and Hohenheim in Hesse asked over 5,600 high school pupils from 33 schools about their experiences of bullying online.

A third said they had received abusive emails or messages, or worse – embarrassing videos or Facebook posts uploaded by others, Der Spiegel news magazine reported.

The most common form of abuse was mean messages, said study authors – which 14.5 percent said they had been on the receiving end of. After this came the 7.9 percent of pupils who said that they had had secret information passed onto others online.

Five percent admitted to sending emails under a fake name. Fortunately for the majority, being the butt of embarrassing videos was relatively uncommon – with just 1.9 percent saying they had experienced this.

The authors stressed that distinguishing between victims and culprits was often difficult in cyber bullying cases. There were, they said, frequent cases of both parties claiming themselves the bully victim.

Surprisingly, said study author Ruth Festl, bullying seemed to get worse rather than better as pupils got older. In the seventh grade the number of students who said they had fallen victim averaged at around eight percent. In the tenth grade, this was over 14 percent.