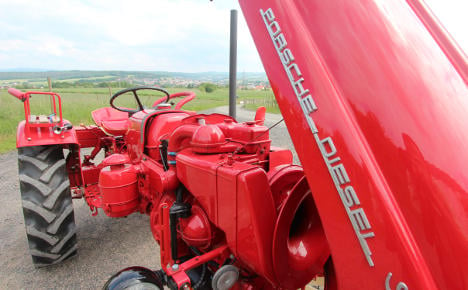 In a significant change of direction, the Stuttgart-based company stopped making its tractors in 1963 – the same year it started production of its now legendary 911 sports car.

Yet the 120-horsepower two-cylinder bright red tractors with the distinctive engine cover had by this time built up a loyal customer base for the great performance they consistently demonstrated.

Restored examples can now fetch up to €18,000, the Frankfurter Rundschau newspaper said on Wednesday, but even bashed up ones are still worth a lot – and their value is rising.

“A few years ago you could get one found in a shed that was half-way drivable for €2,500, but now you would have to lay out at least €3,500 for one that can move on its own,” enthusiast Winifred Urner told the paper.

Now the Porsche-Diesel Club Europa (PDCE) has 900 members, who between them own around 5,000 of the red tractors, club president Harald Stegen told the paper.