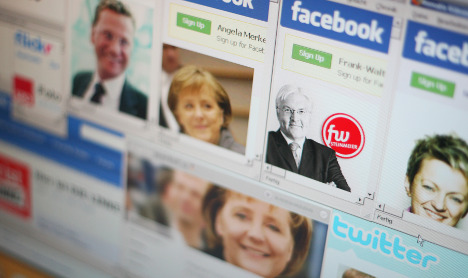 In discussions on a European privacy protection agreement, Germany would urge “that the companies here in Europe tell us whom they are giving the data to”, she said, vowing that Berlin would take “a very firm stance” on the issue.

The conservative chancellor, who faces elections on September 22nd, told ARD public television that “internationally, we should also negotiate an agreement” and that “it would of course be good if Europe spoke with one voice”.

While in Germany “we have a great federal privacy laws”, this did not protect online users, Merkel said.

Because the European operations of Facebook are registered in Ireland, they are subject to Irish law, Merkel said, adding that “therefore we do need a unified European solution”.

She demanded that “internet companies such as Facebook, Google and others inform European countries whom they are handing the data to”.

In the election battle, her Social Democratic rival Peer Steinbrück charged at the weekend that Merkel had breached her oath of office in which she vowed to protect German citizens, amid the US surveillance of their emails, web searches and telephone data.

Merkel, who has stressed the need to find a balance between security and freedom, said in the ARD interview: “What is reasonable? We are working together against terrorism, but on the other hand the protection of citizens’ data must be ensured.”

The chancellor said she had spoken to her interior minister, Hans-Peter Friedrich, after he returned from a fact-finding trip to Washington on the online surveillance reported by fugitive former intelligence contractor Edward Snowden.

She said Friedrich had been informed that German companies had not been targeted.

“The interior minister was told very clearly there is no industrial espionage against German companies,” Merkel said.