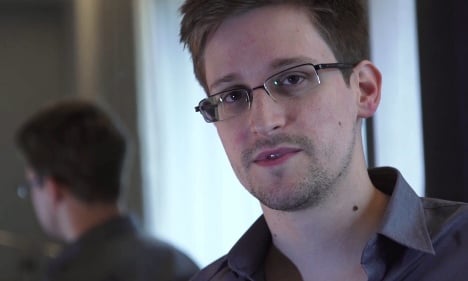 Ex-US intelligence agency contractor and subject of an international manhunt, Edward Snowden has appealed to Germany for shelter from the full force of the American justice system, which wants to see him extradited to the US to face charges of treason.

Foreign Minister Guido Westerwelle confirmed Germany had received an asylum request and said it would review it “according to the law”, though he “could not imagine” that the request would be approved.

WikiLeaks early on Tuesday morning published on their website the list of countries to which Snowden had appealed. It said the asylum applications were handed over to the Russian consulate in the transit zone of Moscow airport, where Snowden has been hiding out for the past week.

According to the list, Snowden’s targets include not only Ecuador and Iceland, but also Germany, Austria, Switzerland, France, Italy, Ireland, The Netherlands, Poland, Spain, Norway and Finland in Europe, along with China, Russia, Cuba, Bolivia, Brazil, Venezuela, Nicaragua and India.

In a statement released on the same website under his name, Snowden accused the US of wanting to deny him the “human right” to apply for asylum in other nations. The government had invalidated his passport before he had been found guilty of any crime. Now, said the statement, the US government was using a different strategy – “citizenship as a weapon.”

In what is thought to be his first public comment since fleeing Hong Kong for Moscow around a week ago, Snowden accused US President Barack Obama of “deception.”

Although Obama had publicly rejected diplomatic “wheeling and dealing” over his case, the president had put massive pressure on countries such as Ecuador that had been known to have considered offering the fugitive asylum.

The list was published just hours after Russian President Vladimir Putin said that Russia would shelter Snowden on the condition he agree to stop publishing US secrets.

Speaking during a visit to Tanzania, Obama confirmed on Monday that his government was engaged with Russia in high-level negotiations to secure Snowden’s extradition to the United States.

Meanwhile, German Chancellor Angela Merkel’s spokesman Steffen Seibert said on Monday he was not aware of any attempt by the whistle-blower to seek asylum in the EU but that any application would be reviewed on the basis of the Geneva Conventions.