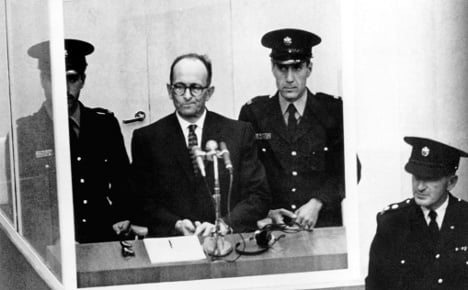 Previously released files showed that the forerunner to the secret service Bundesnachrichtendienst (BND) knew Eichmann’s whereabouts for eight years before he was captured in 1960 by Mossad agents, then tried and put to death in Israel.

However some files had been blackened, and a Bild newspaper journalist had requested that the BND be forced to release these redacted files too – something the service says would harm Germany’s foreign relations and the national interest.

On Thursday, the Federal Administrative Court in Leipzig said in a statement that it had “rejected a claim by a journalist for all Federal Intelligence Service documents on Adolf Eichmann to be made available to him unblackened”.

the Holocaust and the mass deportation of Jews to extermination camps. Israel

hanged him in 1962 for war crimes, crimes against humanity and other charges.

Journalists had in 2010 won a legal victory forcing the BND to make available some of its files. These showed that the Gehlen Organization, precursor to the BND, had known since 1952 that Eichmann was living under a false name near Buenos Aires.

The suspicion is that the post-war government of chancellor Konrad Adenauer wanted to prevent Eichmann being captured in case he revealed highly embarrassing details about the pasts of high-ranking figures in the West German elite.

Reacting to Thursday’s ruling, Bild lawyer Christoph Partsch said that the newspaper may now take the case to the country’s highest court, adding that: “We see the interest of Germany threatened by the blackening of the files, not by their disclosure.”