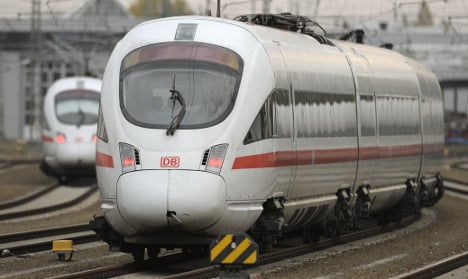 After three years of studies, the commission in charge of tunnel security has given Deutsche Bahn permission to operate its trains in the Channel tunnel, a statement from the operator of the tunnel rail link said.

Contacted by AFP, Eurotunnel could not say when the first German trains would cross the Channel. Deutsche Bahn was not immediately available for comment.

“Twenty years after its opening, the public authorities are finally opening the Channel tunnel to all,” said Jacques Gounon, Eurotunnel CEO, in a statement.

He added that the move marked “enormous progress for millions of passengers in northern Europe.”

At present, the only passenger trains allowed to use the Channel tunnel belong to Eurostar, a subsidiary of the French rail operator SNCF.

This decision “will allow for a considerable boost in exchanges between Great Britain and northern Europe,” Eurotunnel said.

About 20 million people crossed the Channel last year with the group celebrating its 300 millionth passenger ever in October. The tunnel, which remained an unfulfilled dream for centuries, began carrying passengers in 1994.