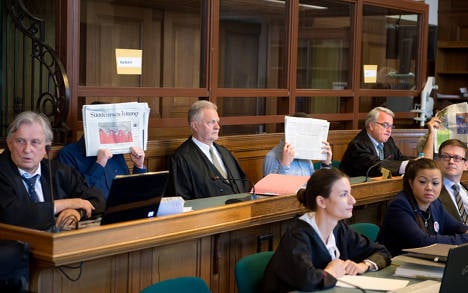 Judge Helmut Schweckendieck confirmed that the case would need to be a retrial, and that the whole process would have to start over due to inappropriate behaviour from a lay judge, known as a Schöffe in Germany, who heckled one of the eye witnesses.

“Are you a coward or are you taking the piss,” he shouted at the witness who was claiming they had gaps in their memory surrounding the death of Jonny K., at Berlin’s Alexanderplatz in October 2012.

It appears the man also spoke at length with the BZ tabloid newspaper about the trial. Despite being directly quoted multiple times, he claims not to have spoken to them, Der Spiegel magazine reported.

The article was published on Monday, shortly before it emerged the case had been thrown out. “I don’t know where to go from here,” said Schweckendieck before making the announcement.

There is no information about how long it will take for the trial to start afresh.

Jonny K. was beaten to death by a group of young men as he tried to help a friend being attacked on October 14th, 2012. The case shocked Germany and sparked a debate on youth violence, and several hundred people, including Berlin Mayor Klaus Wowereit, attended Jonny K.’s memorial service.