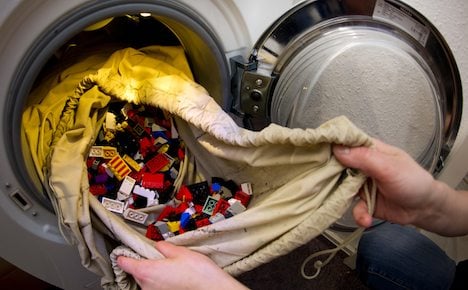 Christoph Blödner’s office is a real kids’ paradise. Thousands of colourful Lego bricks are stacked up in cartons behind his desk along with scores of plastic animals, pirates and knights. Rows of little Lego men fill the shelves, their trademark yellow faces with and without beards, laughing or sad.

Blödner’s Dresden-based company bricksy.com buys used Lego bricks by the kilogram on Ebay. Blödner creates sets and sells them all over the world.

“The important markets are Italy, Australia, the US or Singapore,” Blödner says. His buyers come from 50 countries. The legendary bricks made by the Danish company Lego, headquartered in Billund, are hugely popular around the world.

As a kid, Blödner used to play with the colourful bricks. While at university, he even sold his collection to make some money. “I quickly realised that you get more money for sets than for individual pieces,” Blödner, who’s now 30, said.

He bought his first 100 kilogrammes of bricks at an auction, came up with a smart system and spent entire nights sorting them.

He always dreamed of being his own boss and he finally hit on a business idea. Once he’d finished university, the industrial engineer set up the portal, bricksy.com using capital investment of around €1,000.

Today, his company has a turnover of around €500,000 and Blödner hopes to crack the million mark soon. He’s tight-lipped about the profits.

The used bricks are first tossed into the washing machine. They’re then sorted according to colour, form and size. It’s no easy job given that there are more than 2,000 different basic bricks.

Around 40,000 are stacked in individual boxes and labelled with a number and photo. That makes it easier for the four employees and 50 assistants to put together the desired set according to the original Lego instructions.

“From the face down to the smallest piece, everything has to fit – even the colour combinations of the body and hands,” Blödner says. He says there are several dealers across Germany who sell used Lego bricks.

Lego updates its product line every two to three years. For lovers of older Lego toys, dealers selling used goods is the only way they can get their hands on the older products. Bricksy.com says it offers all Lego sets made until 2003. The ones from the 1980s are especially in demand, Blödner says. Even knights, castles and pirates are a hit in the used Lego brick business.

“There continues to be a growing demand,” Eva Weiß from the German Association of the Games Industry (DVSI) says. The colourful Lego bricks remain a classic in kids’ rooms. “The children think it’s cool. The parents are reminded of their own childhood,” Weiss says, adding that’s what explains the ongoing fascination for the bricks.

According to DVSI, Lego has a market share of 16.7 percent in Germany – 27 percent of its products are among the 50 best-selling toys in Germany. The DSVI says there are 670 games companies in Germany. In 2012, they had a combined turnover of €2.7 billion.

And with girls, and not just boys, increasingly beginning to play with Lego bricks, the Danish company registered record profits last year. Net profit climbed from 4.2 to 5.6 Krona (around €750 million).

Blödner sells half the bricks that he gets as complete sets via Ebay. All the others are auctioned on the online platform Brickline – a kind of Lego exchange where millions of colourful bricks change hands every day.

Blödner says bricksy.com is a leading player in the business. “We’re now among the largest used goods traders in Lego bricks worldwide.”