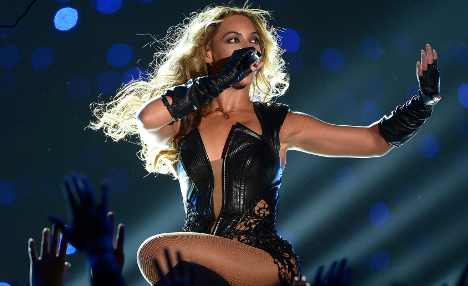 After performing in the German capital, Beyoncé and her husband, rap artist JayZ took to the department store, where they drank champagne and bought baby clothes for their 16-month-old daughter Blue Ivy, who is accompanying them on tour.

After that they dined at the fancy Italian restaurant “Bocca di Bacco” on Berlin’s central Friedrichstraße.

A private jet then took them to Poland. The singer, who has sold 118 million records worldwide, has a busy schedule ahead in Scandinavia, the next leg of her world tour.

On Monday evening she’ll perform in the Danish capital Copenhagen. That concert will be followed by performances in Norway and Sweden later in the week.