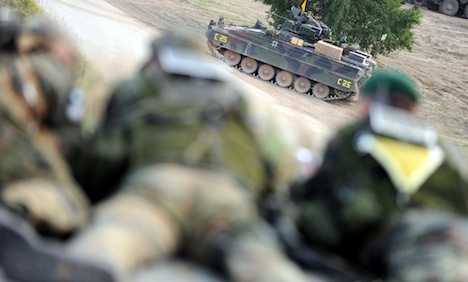 The 28-year-old staff sergeant from Bavaria died on Saturday in the eastern state of Saxony-Anhalt after the “Marder” rolled over him, according to a Bundeswehr spokesman.

“I deeply regret this sudden and unexpected loss,” German Defence Minister Thomas de Maizière said in Berlin on Sunday. “My thoughts are with the family in this difficult hour.”

The military has offered his survivors psychological counseling.

The soldier belonged to the 112th Armoured Infantry Battalion, which is set to help Afghan forces prepare for the withdrawal of Nato troops in the coming years.

The Bundeswehr and prosecutors are now investigating how the accident transpired.