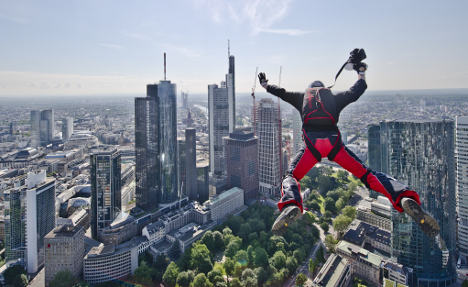 Visitors will be treated to various displays, including extreme climbing and base jumping – where participants jump from fixed objects and use a parachute to break their fall. One brave tightrope walker will wobble his way between Tower 185 and next building, at a height of 185 metres.

The works of one artist who has recreated Frankfurt’s skyline out of 550,000 Lego bricks and another who has sculpted it out of 150 tonnes of sand will also be on display. Further highlights include a fireworks display and a multitude of live concerts.