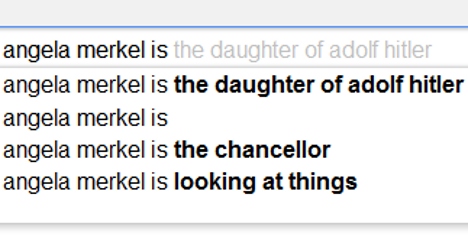 The Federal Court of Justice (BGH) ruled on Tuesday that an unnamed man’s personal rights had been violated by Google, on the grounds that its auto-complete function had brought up the words “Scientology” and “fraud” when his name was typed in.

The judges said that the auto-complete suggestions constituted a “tangible significance” that created an actual association.

“In the face of the many contrary court verdicts about auto-complete, we are disappointed and surprised by the BGH’s decision,” said Google spokesman Kay Oberbeck. “It is good that the court has declared auto-complete legal in principle, and has not obliged Google to check every term in advance.

“But we can’t understand the BGH’s position that Google is liable for search terms entered by users. The auto-complete function consists of automatically displayed terms that Google users have used before.”

The BGH’s decision has overruled that of a state court in Cologne, which backed Google in the case. The Cologne judges must now determine whether there is any justification for associating the businessman in question and the terms that appear with his name in Google’s auto-complete.

The plaintiff insists that he has no connection with Scientology and sees the association as damaging to his reputation. Should the Cologne judges agree with him, then Google could end up being liable for the associations that appear on the auto-complete function.