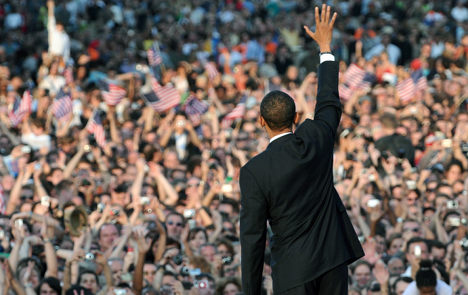 The visit, from June 18th-19th, follows the president’s trip to Northern Ireland for the the G-8 Summit.

A White House statement said the Berlin trip aims to “reaffirm the strong ties between the United States and Germany, our vital ally and economic partner.” The president will be accompanied by First Lady Michelle Obama.

Obama’s meetings with Merkel and German President Joachim Gauck will cover “a wide range of bilateral and global issues including opportunities to further deepen transatlantic relations,” the statement said.

The White House said Obama’s trip will begin in Belfast, where he will “engage with the people of Northern Ireland and highlight the hard work, dialogue, and institutional development they have undertaken together,” the White House said.

The US president’s Germany visit will come one week before 50th anniversary commemorations of US President John F. Kennedy’s “Ich bin ein Berliner” speech pledging US solidarity during the Cold War with the embattled city on June 26th, 1963.

Officials in Berlin had long complained that Obama did not visit the German capital during his first term in office.

He has visited Germany twice as president, however, the first time for a NATO summit in April 2009 in the southwestern towns of Baden-Baden and Kehl.

In June of that year, he visited the former Nazi concentration camp Buchenwald with Merkel and held talks with her in the eastern city of Dresden, where they quashed rumours of a personal rift between them at a joint press conference.

He also visited wounded soldiers at the US military hospital in Landstuhl, western Germany.