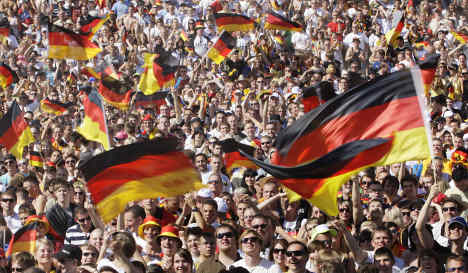 Last year nearly 370,000 more people moved to Germany than left, according to figures from the Federal Statistics Office – which said this was the highest net migration since 1995.

In total 1.081 million people came to Germany in 2012, while 712,000 people left. The net increase was up by 13 percent on the previous year. The number of German passport-holders remained pretty stable at around 115,000.

The statistics do not show whether those who have come to Germany were employed, Der Spiegel magazine reported.

Most of the people came, according to the Statistics Office, from other European Union countries. Poland remained the champion with 68,000 crossing the Elbe.

Next came Romania with 45,700, Hungary with 26,200 and Bulgaria with 25,000. But the most dramatic increases were to be seen from those countries hardest hit by the euro crisis.